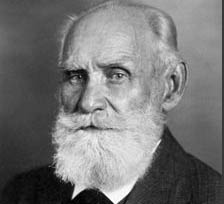 Ivan Pavlov’s work on conditioning in dogs is well-known. What is not so well known is that he worked toward understanding in humans how the mind works (see Daniel P. Todes’ book, Ivan Pavlov—A Russian Life in Science). Just as a dog can be taught to salivate on demand, people are trained early in life and respond in predictable ways to every mundane encounter with another person. These conditioned responses are so deeply-seated and internalized that we do not recognize them while they are happening. Once an individual learns about his emotional conditioning, he can move toward genuinely considered responses to others, and improved relationships.

If you have a seriously strained relationship, somewhere in that relationship someone’s emotional conditioning is part of the problem. Once you understand the underpinnings of how each person in the relationship is responding to the other, then you can move toward improvement.