Does Your Child Fight, Bite, and Hit? 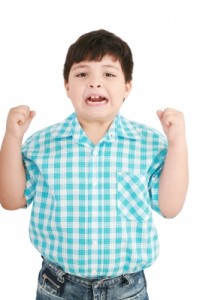 This is not an actual case but a composite of thousands of similar cases.

A five-year-old girl was aggressive in kindergarten, biting the teacher and other students whenever she did not have her way and was thwarted. These behaviors took place when she wanted to be first at lunch without lining up to wait through the line as the other children did. She also bit and hit when she didn’t want to sit and hear a book read or do writing or numbers work. At these times instead she wanted to go outside and play.

How did this little girl come to be this way was my first question? How did she come to believe she could do exactly what she wanted at any time an under any circumstance? It was a belief she had about herself. She clearly did not believe in rules or in denying herself anything she wanted to do. She was oblivious to others’ needs, wants, and desires.

She was developmentally normal, no medical issues, no mental retardation, autism or brain dysfunctions. And, she did not have these problems at home, her mother said. So, I reasoned, if the problems did not exist at home, the rules of school must not be present at home.

I visited the family at home and saw what was going on. There were no rules or expectations for the girl except that she would do exactly as she pleased. She played all day long. Her mother changed her clothes for her. They fought over baths and eating a meal at the table. The girl hated baths so Mom only wrestled her in the tub once a week with a screaming match and promise of ice cream. The girl only liked grazing on potato chips and ice cream bars. Never did she sit and eat at the table with her mother. Attempts to have her do so led to crying and tantrums. Mom just let the girl indulge herself to avoid the tantrums. School did not indulge her in this way so she escalated to biting and fighting at school.

With this child what I am pointing out is that a child never functions in a certain way without the input from another person, usually a parent. There is always a relationship that creates the problem or difficulty. It takes two to tango – in this instance, mother and girl. The girl cannot behave aggressively without her mother’s response to give into her. The mother does not expect her daughter to follow civilized rules without displays of aggression. Take away Mom’s way of dealing with the girl and substitute with the school’s way and trouble occurs. The school’s expectation is different than at the home. So, in every problem look at yourself, or your child, and the other person or people. You will discover the relationship dance that discloses the difficulty you are having.